At Empower Martial Arts, we are dedicated to serving our community through teaching martial arts and life skills. We believe in cultivating strong, confident, focused, and respectful individuals that empower themselves and others. Through our every thought and action, we are committed to developing an empowered you, physically, mentally, and emotionally.
Come take the journey to empowerment with us. 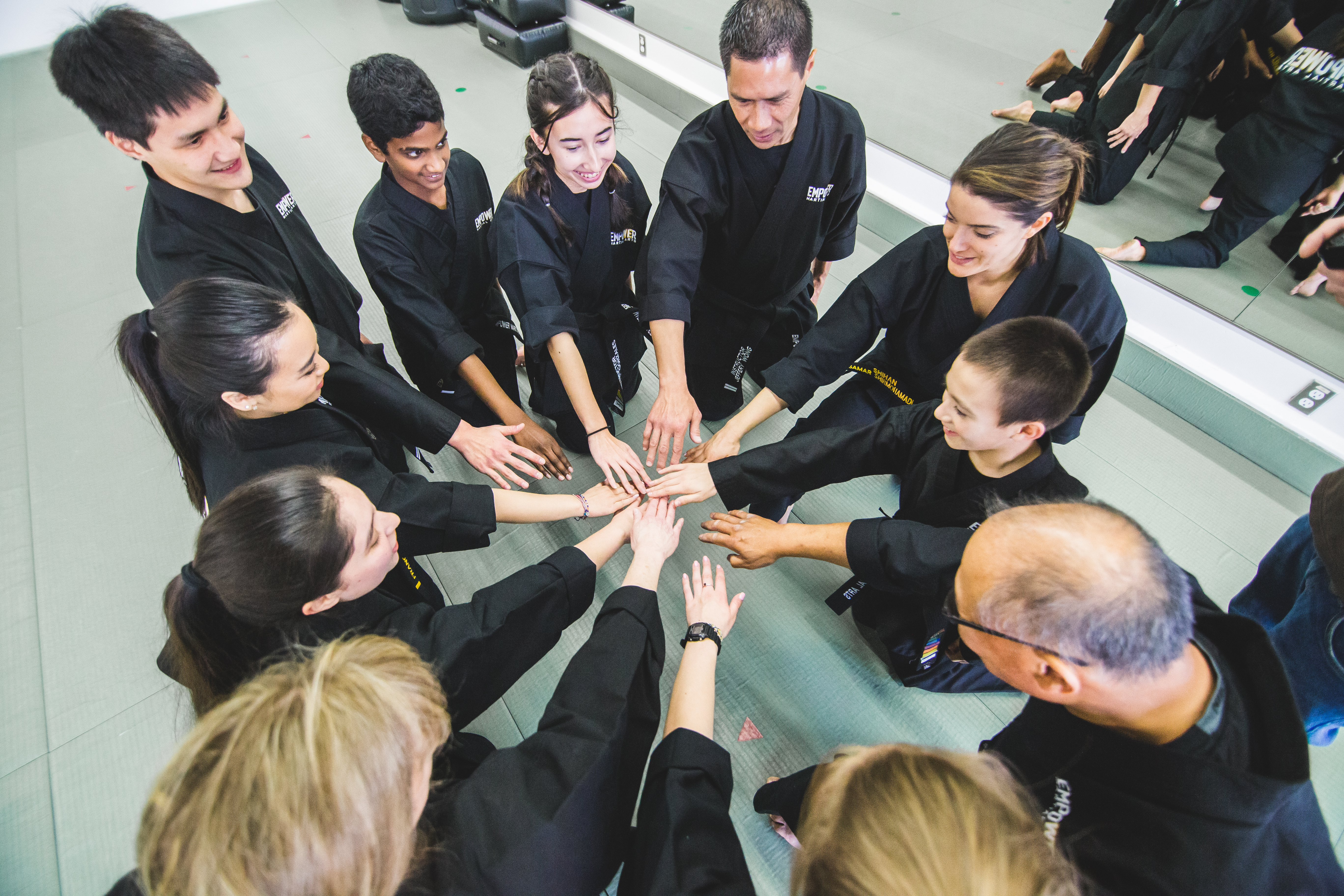 Our team of instructors is passionate about serving our community, helping others succeed, and teaching martial arts. From a fresh perspective and relatability from our younger team members to years of life experience and insight from our adult team, each instructor is highly knowledgeable and has plenty of wisdom to offer. We are proud to have such a strong instruction team that is driven by sharing their expertise and their love of helping others. We are most rewarded by seeing our students grow and improve over the years, both in and out of the dojo. 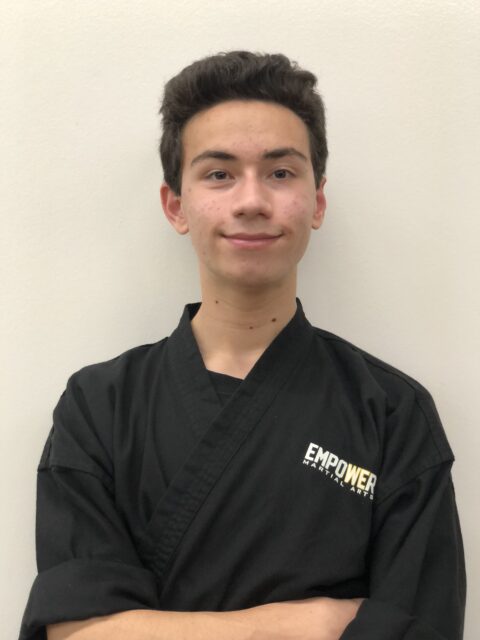 I am an instructor, not only to empower our students, but to teach them to empower themselves. I believe that any improvement, no matter how small, should be valued; even though it may not be much, you have still become stronger than yesterday's self. 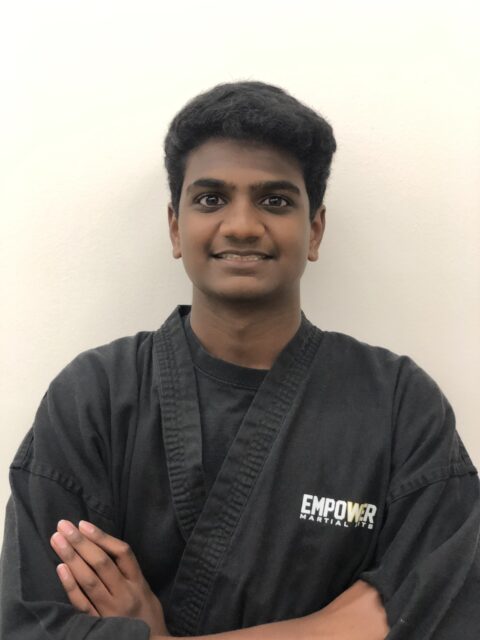 Ever since the beginning of my karate journey, I have been inspired by other instructors who infused a creative style of teaching into their classes. Here at Empower Martial Arts, I hope to do the same to have both the students and myself engaged in what we are learning. 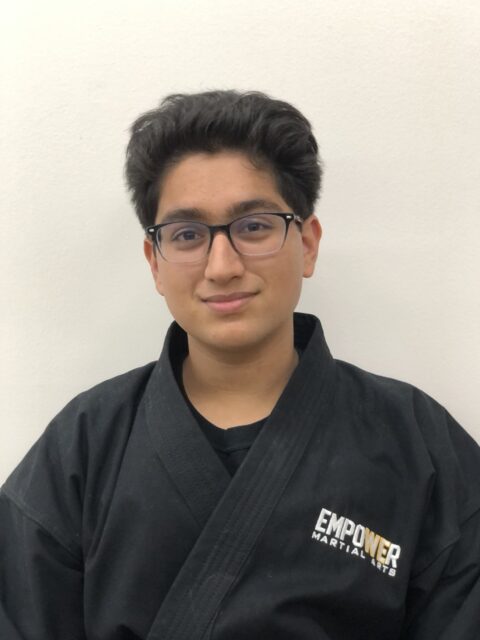 I have always admired the culture around this dojo. It is one of respect, grit, discipline, confidence, and fun. Now, I am honored to have the opportunity to help pass on that culture to others! 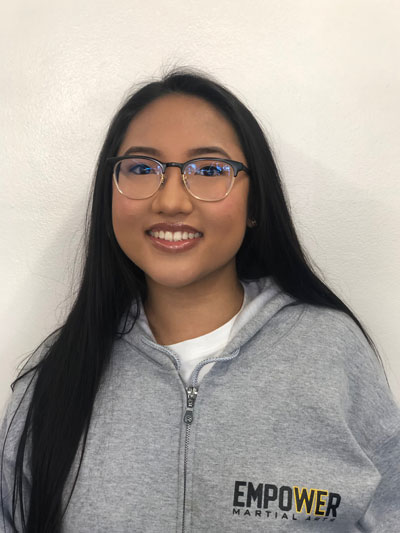 At the dojo, each student, parent, and team member has made me as if I belong here. What truly inspires me to do my best is the community fostered between all of us. My goal is to help people see they belong here as well and I hope to make everyone feel welcomed once they step into the dojo. 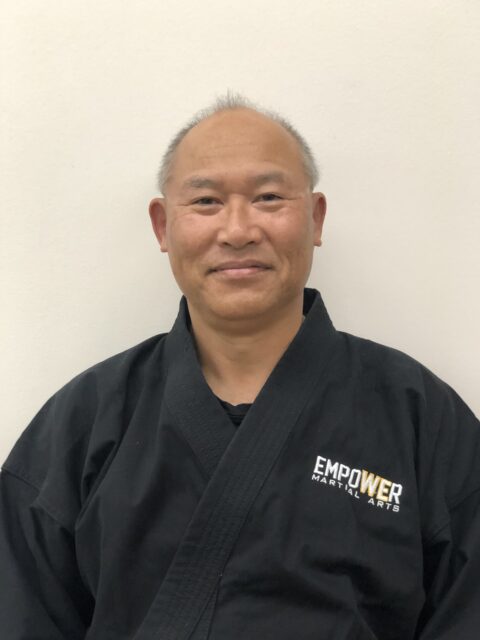 The Kajukenbo system of training the MIND, BODY, and SPIRIT is what I am looking for in martial arts. We provide a safe, family oriented environment to develop these skills. I hope to train and EMPOWER other students to improve their skills. 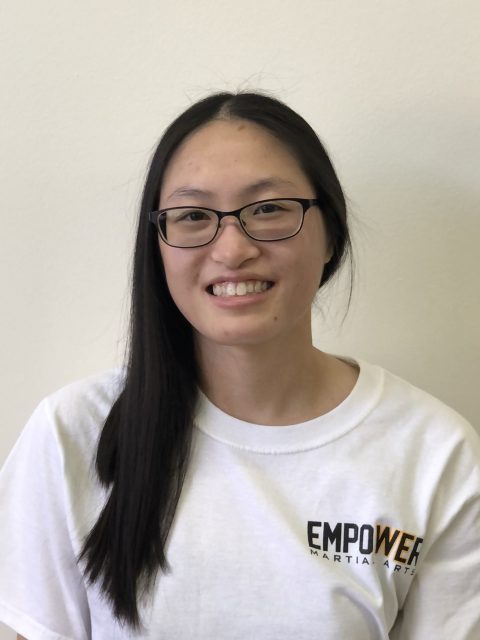 The dynamic and culture here at the dojo is amazing and I am grateful to be part of it. I hope to continue to make the dojo an inspiring place for the students to grow and take their experiences and incorporate it in their lives and others in the community.

As a student, I strongly admire all of my instructors and how they have taught me over the past years. My goal is to teach students in such a way that they are excited to come to class each week. I’m excited to get to work with these kids and watch them learn and grow, not only as martial artists but as people too. 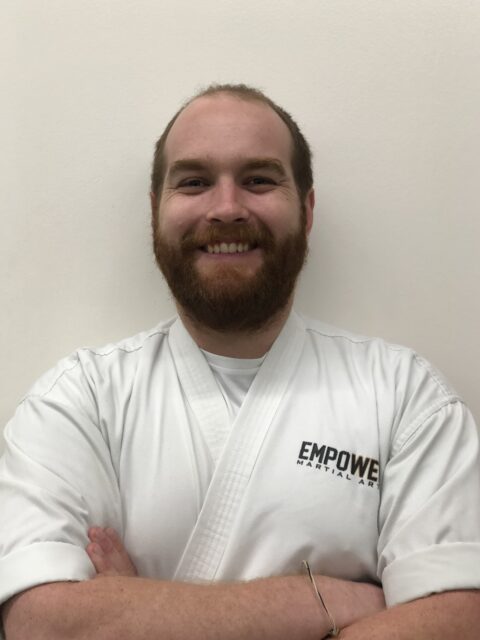 Martial arts was a keystone in growing up. I believe the values and the personal growth that come with training are what helped make me who I am and who I continue to become. I hope to teach those same life values and inspire students to always improve. 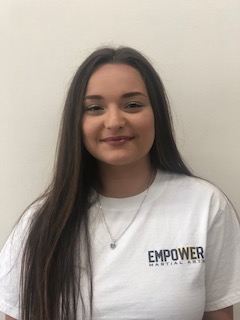 Each and every student that walks into the dojo inspires me to inspire them. Watching them grow as they embark on their journey is extraordinary and remarkable. My number one priority is to empower everyone to be the best them they can be! 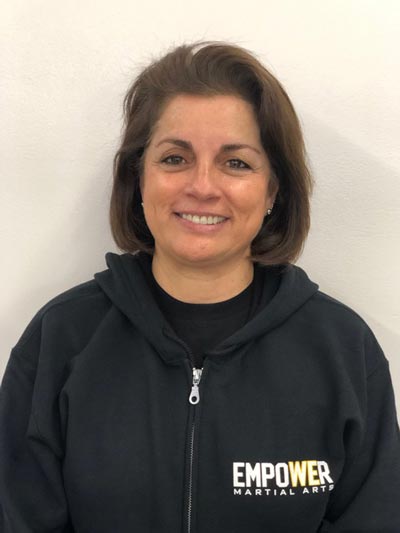 Over the years I've been grateful to watch the kids who come to our dojo to grow into confident, independent, capable and poised human beings. There is nothing more rewarding and empowering than creating a safe and trusting community for our parents and students. 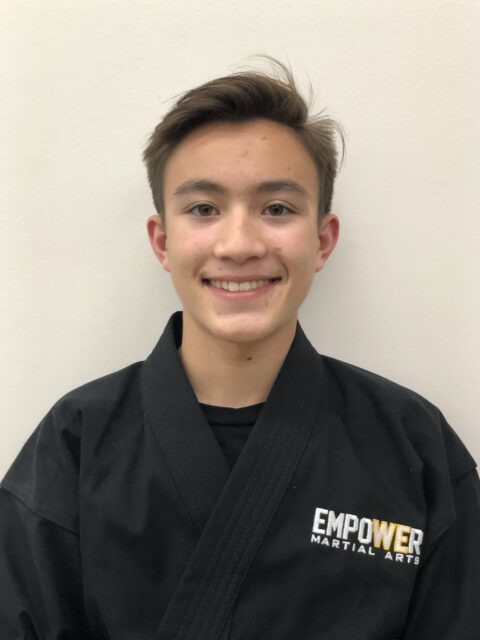 I enjoy teaching at the dojo because it gives me the chance to develop and experience many social and life skills at a young age. I also enjoy all the students I get to teach, who mature and learn just like I do. It’s not about the notoriety, instead gaining a chance to progress and learn with my EMA family. 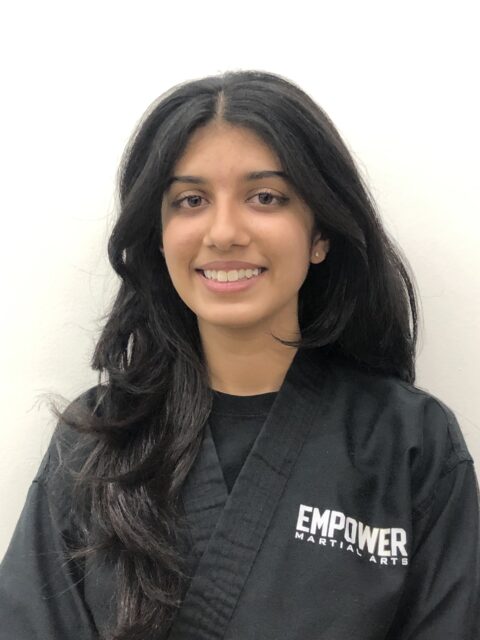 I enjoy teaching at the dojo because of the safe and positive environment. This dojo has taught me so much and I feel honored to be able to pass it along to the students I teach. Watching them learn and grow not only as martial artists but as human beings as well inspires me to be a good role model. My favorite part of teaching is building connections with students, they help me learn as much as I am helping them. I am extremely grateful to be a part of this family. 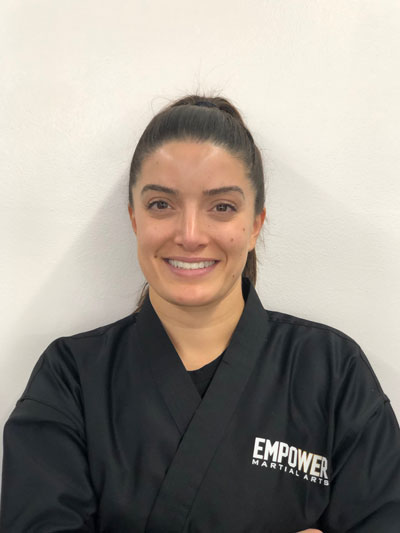 As part of the team, I strive to make a meaningful and positive impact on the lives of our students and family members each and every day. I'm extremely grateful to be able to use martial arts as a way to inspire, motivate, and empower others to be their best. 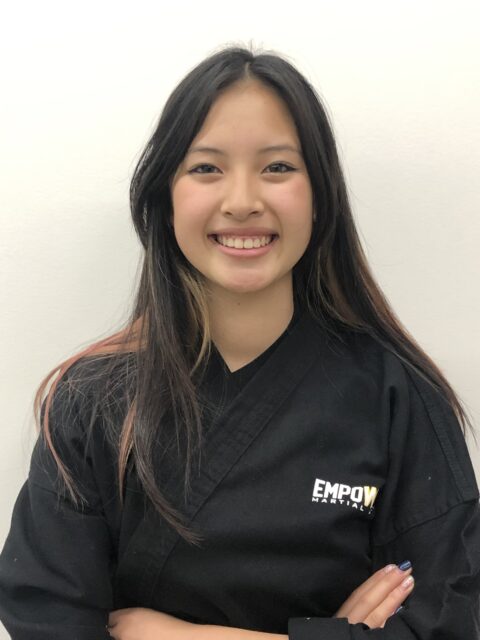 I enjoy teaching because I love getting to know all the students and watch them earn their next belt knowing that I helped in mentoring them. When I'm watching the students it inspires me to be the best I can be. 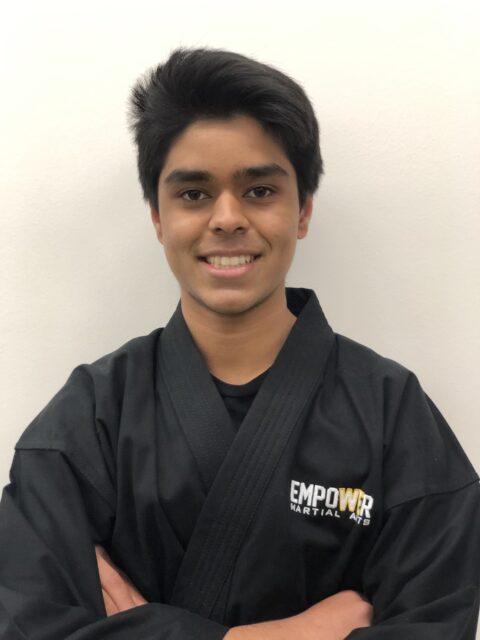 The first moment when a student truly understood I was teaching & smiled to themselves in pride, is the reason I wanted to pursue becoming a martial arts instructor. Many teachers make a different in students’ lives, but I feel that my role as a martial arts instructor is truly unique. As an Instructor, I strive to become a role model, someone they can learn from & appreciate; and so I can contribute to all the people in the Dojo coming together as a community & empowering each other. 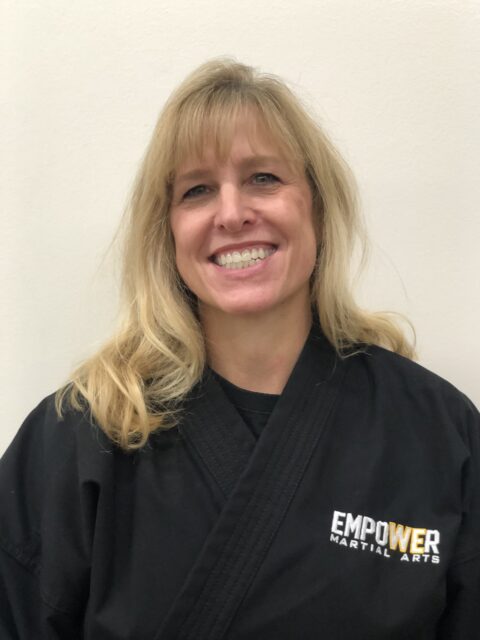 I teach because I enjoy inspiring others on their journey to becoming a martial artist. 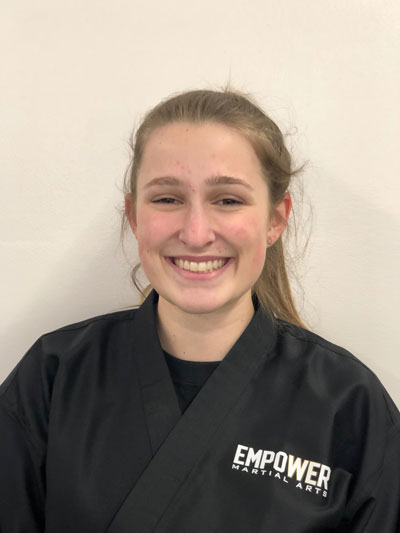 I really enjoy working with the kids and helping them to be their best. They're all so awesome and make being a Sifu so much fun for me. 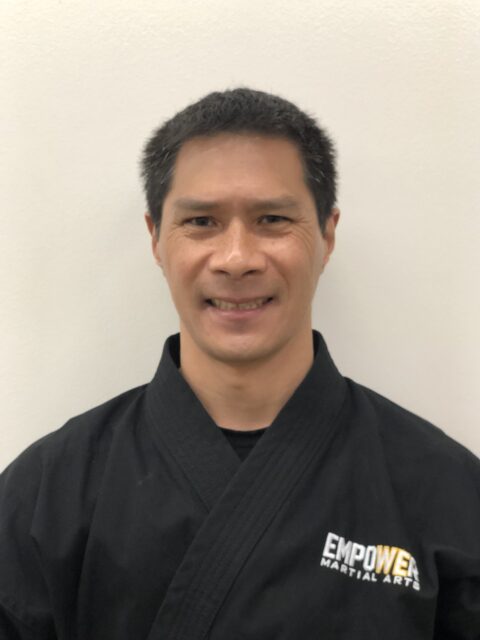 I enjoy seeing students, youth and adults, learn and develop into well-rounded martial artists. It's more than punching and kicking. It’s respect, honor, hard work, and tradition! I enjoy motivating and driving others stay fit for life! It's a personal interest of mine too. 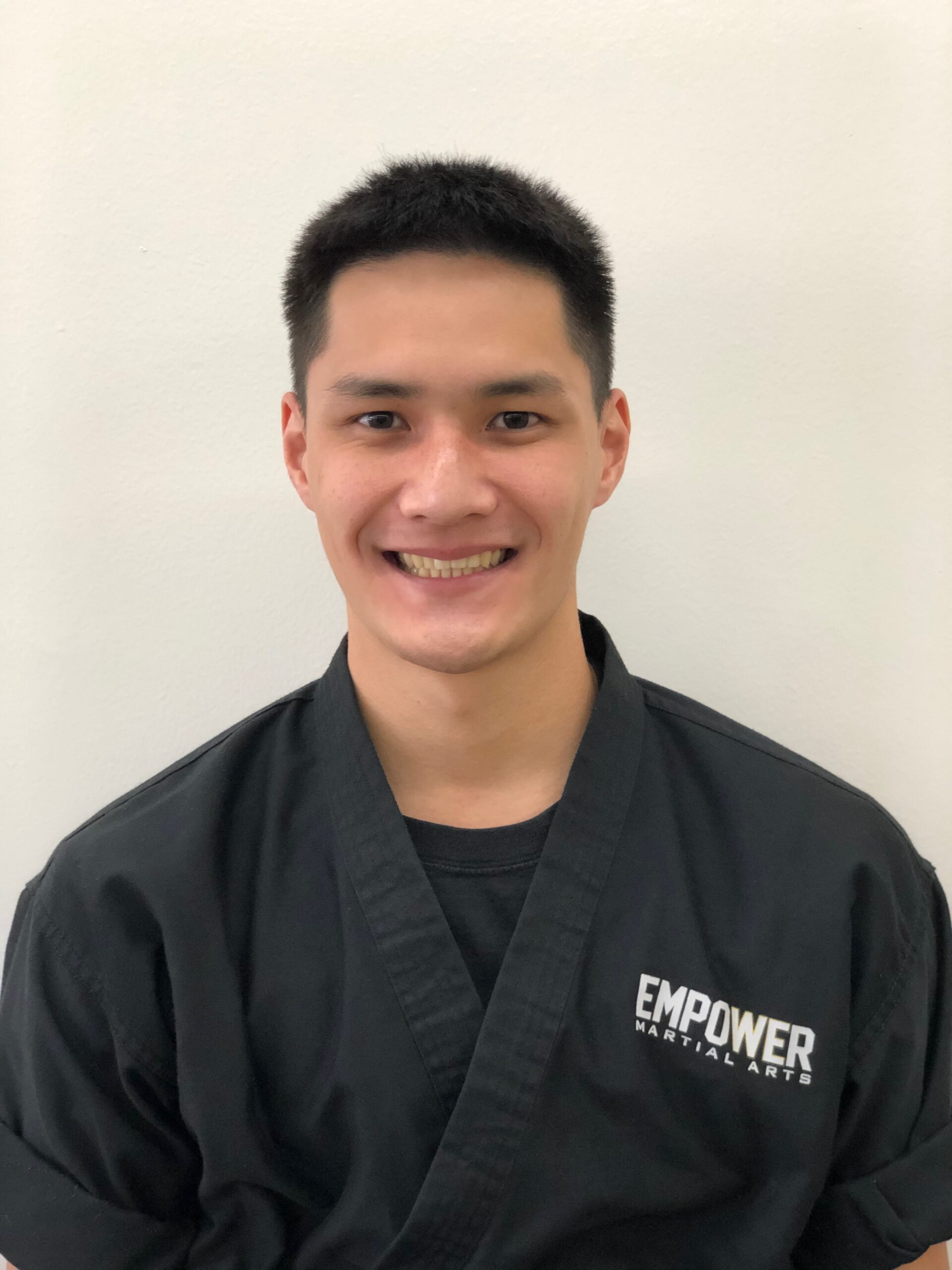 I love teaching as it gives me the means to form better people through both physical and mental fitness while having fun. I hope to spark the fire that leads to a lifetime of excellent life skills and habits! 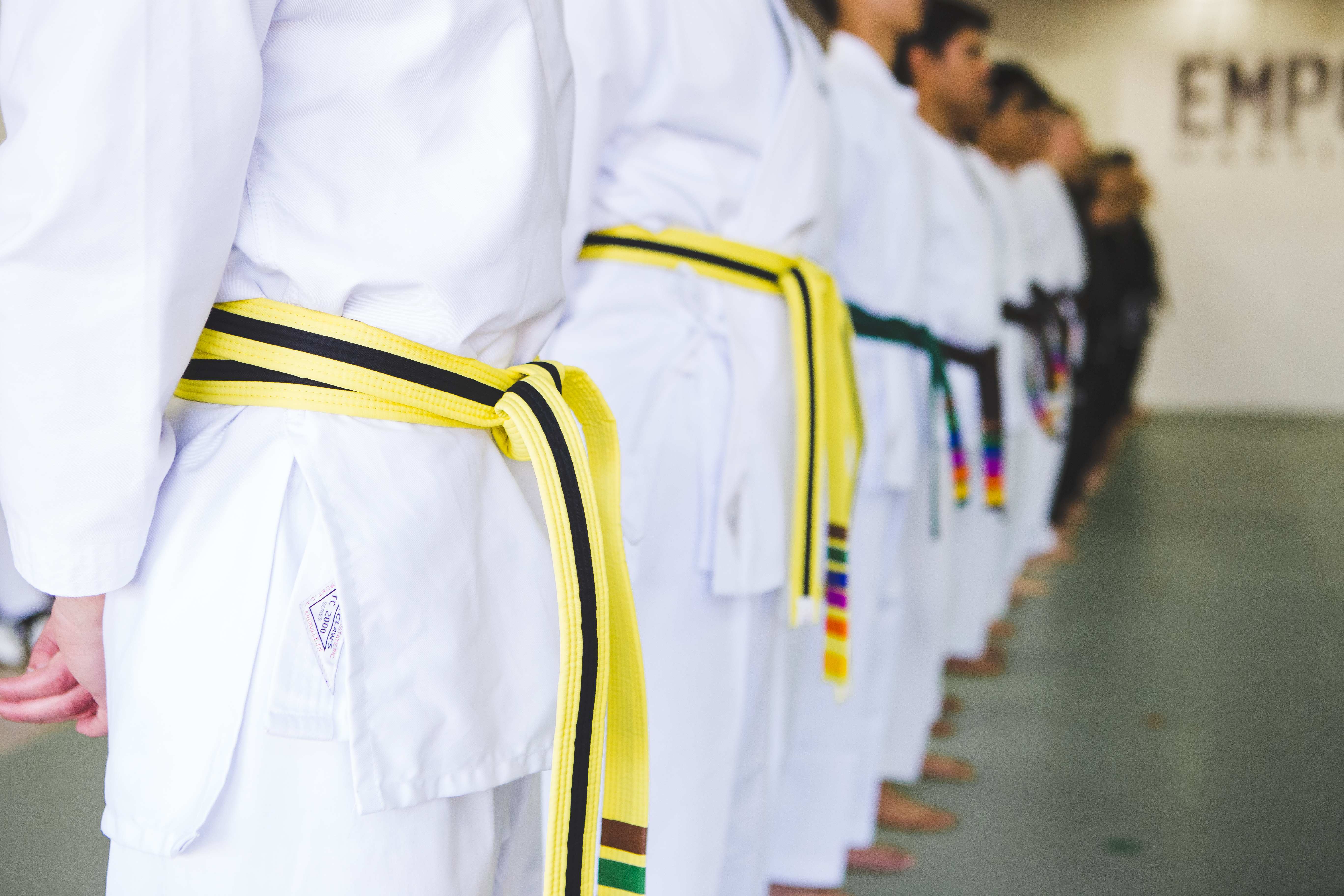 From our start in 2010, we have catered to families and individuals who want to better themselves through martial arts. It’s very important for us to contribute to our community as we stay involved by sponsoring and participating in local events.

Our base style is Kajukenbo, a hybrid martial art, which incorporates a mixture of striking, blocking, kicking, stand-up and ground combat, choreographed forms, and self-defense. The style borrows from other martial arts such as karate, judo, jujitsu, kenpo, and boxing. This style was developed by five martial artists, being officially founded in Oahu, Hawaii in 1947. We practice a modified version of our base style to best serve the students and families we teach, while still keeping the values & philosophies that tie us with traditions of the past.

CALL NOW
Back to the top